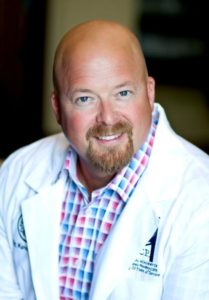 Dr. Kevin Borg, Pharm D, FIACP, FACA, earned his doctorate in pharmacy at Midwestern University College of Pharmacy – Glendale, Arizona in 2001. As a pharmacy student he was a member of the Rho Chi Honor Society and received many awards including the Pfizer Outstanding Leadership Award and the Roche Pharmacy Communications Award. As an alumnus, Kevin was presented with the prestigious Littlejohn Award by Midwestern University that honors the values of service, caring, and commitment to the industry. Dr. Borg started his career in retail pharmacy and later became the founding pharmacist-in-charge for a mail-order pharmacy specializing in the care of injured workers.

In April of 2009, he realized his lifetime goal and opened Potter’s House Apothecary in Peoria, Arizona as President and CEO. This PCAB accredited compounding–only pharmacy business model has allowed Kevin to pursue his passion of assisting patients who present unique treatment needs. Areas of specialty at Potter’s House include: BHRT, Pain Management, Autism/Mitochondrial Disorders, thyroid disorders and sterile compounding. The 14,000 square foot, state of the art compounding facility opened in October 2015 and supports 50 employees, seats 50+ for educational seminars and remains very active in community outreach.

Dr. Borg has been peer nominated and sits on the PCCA Advisory Council, IACP Board of Directors, NCPA Compounding Committee and the Midwestern University Dean’s Advisory Board. In 2014 Potter’s House Apothecary was recognized for three local business awards including the ASU W.P. Carey School of Business Spirit of Enterprise for Excellence in Entrepreneurship as a finalist. Phoenix Business Journal recognized Potter’s House Apothecary as one of the Top 10 Best Places to work for small business and as one of the Top 15 Fastest Growing Businesses in Arizona. Potter’s House Apothecary also serves as a teaching pharmacy by precepting interns on a monthly basis to further the art and profession of compounding. The level of personal and community satisfaction can only be described as phenomenal!

Kevin’s real passion is in serving his community through Potter’s House. He is completely dedicated to his patients and staff. The Potter’s House team shows support to the Mitochondrial Community by participating in fundraisers such as walks and in 2014 hosted a Cream Mito event. The success of Potter’s House has created a sharing platform Dr. Borg uses to mentor and collaborate with other pharmacy professionals to promote safe, quality, evidence-based compounding. Dr. Borg is a member of Vistage and regularly participates in private, small group seminars and national speaking engagements. He participates annually in Compounders on Capitol Hill in Washington D.C. to lobby on behalf of his profession and advocates making sure patients have access to compounded medication.

Kevin is a devoted husband, father, son and friend. He enjoys quality time with his family and playing golf. 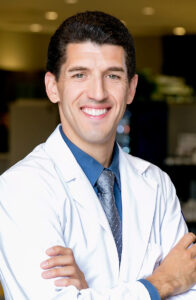 Dr. Alexander Forbes earned his PharmD degree from Midwestern University College of Pharmacy, Glendale, Arizona in 2015. During pharmacy school, he was a member of the American Pharmacists Association and the Arizona Pharmacists Association. He discovered his passion for compounding during pharmacy school and chose to pursue a career with Potter’s House Apothecary after completing an experiential education rotation internship with the company during his final year as a pharmacy student. Alex was quickly recognized as crucial part of the PHA team and joined the team of professionals at Potter’s House upon graduation.

In his spare time, Alex enjoys studying music and playing guitar. He also has an interest in the media arts and spends time with video and photo editing and other creative projects. 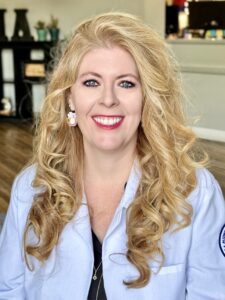 Tori has been in the pharmacy field for over 23 years. She discovered her passion for compounding pharmacy when she first began her career in pharmacy in 1997. She continued within the field of compounding pharmacy for over 12 years. Tori was introduced to Potter’s House Apothecary in pharmacy school during a rotation. Here she really felt her calling and knew it would be a good fit for her future career as a pharmacist. Tori’s compounding knowledge, passion for patient care and work ethic during her rotation, made her a top candidate when a position became available.

She has a passion for helping others and feels compounding medications is critical because everyone’s needs are specific and unique. She loves building relationships with patient’s and other health care providers to ensure they receive the best outcome with medications tailored to fit their needs.

In her spare time, Tori loves spending time with her husband and their two daughters, shopping, and watching movies.

Dr. Richard Gaffin earned his RPh degree from South Dakota State University, Brookings, South Dakota in 1986. He is a longtime member of the Alliance for Pharmacy Compounding and American College of Veterinary Pharmacists.

Rich has been in the pharmacy field for over 35 years, with 25 of those years in a leadership role.  He started his career in Arizona working at retail pharmacies, but quickly developed a greater appreciation for compounding.  With an extensive background in veterinary pharmacy, the majority of his career has been spent in compounding. He is passionate about making specific strengths and dosage forms that are not commercially available and believes customized medications are the key to optimal patient care. 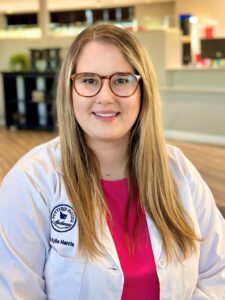 Dr. Kylie Harris earned her PharmD degree from Midwestern University College of Pharmacy, Downers Grove, IL in 2022. During pharmacy school she was president of Pharmacy and Pediatrics, involved in Phi Delta Chi professional pharmacy fraternity and an e-board member of American Society of Consultant Pharmacists.

Kylie learned a love for science at a young age from her parents, who are both chemists and decided she wanted to go into a field of healthcare with lots of chemistry. She has worked in community pharmacy since 2016.

Kylie discovered her passion for compounding during a compounding rotation back home in Michigan and decided to pursue a post graduate residency at Potter’s House Apothecary. Her professional areas of interest include veterinary medicine and Women’s Health.

In her spare time, Kylie loves spending time traveling with her family, paddleboarding, and exploring with her three dogs.

Let us know how our experienced pharmacists can help you!

Manage Cookie Consent
To provide the best experiences, we use technologies like cookies to store and/or access device information. Consenting to these technologies will allow us to process data such as browsing behavior or unique IDs on this site. Not consenting or withdrawing consent, may adversely affect certain features and functions.
Manage options Manage services Manage vendors Read more about these purposes
View preferences
{title} {title} {title}